Bottlenose dolphins live in warm and temperate seas worldwide. In Ponta do Ouro, they are the most commonly encountered species out of all marine life inhabiting the bay. Sightings are year round as they are resident in southern Mozambique.

Bottlenose dolphins are highly intelligent. This intelligence has driven considerable interaction with humans. It is due to this fact that we owe tremendous thanks to be able to observe, conserve and interact with these dolphins.

Bottlenose dolphins are grey in colour with a lighter grey and almost white on the underside. Their most distinguished feature is the rostrum, or beak-like snout, which gives the species its common name. Like all whales and dolphins though, the snout is not the functional nose – the functional nose is actually the blowhole on top of it head. The nasal septum is visible when the blowhole is open.

Bottlenose dolphins are a very curious species and throughout the world show curiosity towards humans in or near water. There are instances of dolphins also rescuing divers and taking them to the surface. They are a very social species and have a playful spirit – they love surfing in the waves near shore and leaping high out of the water. Communicative behaviour includes slapping their heads or tail flukes on the water. They are highly inquisitive and will often investigate strange objects in the water such as divers and video cameras. 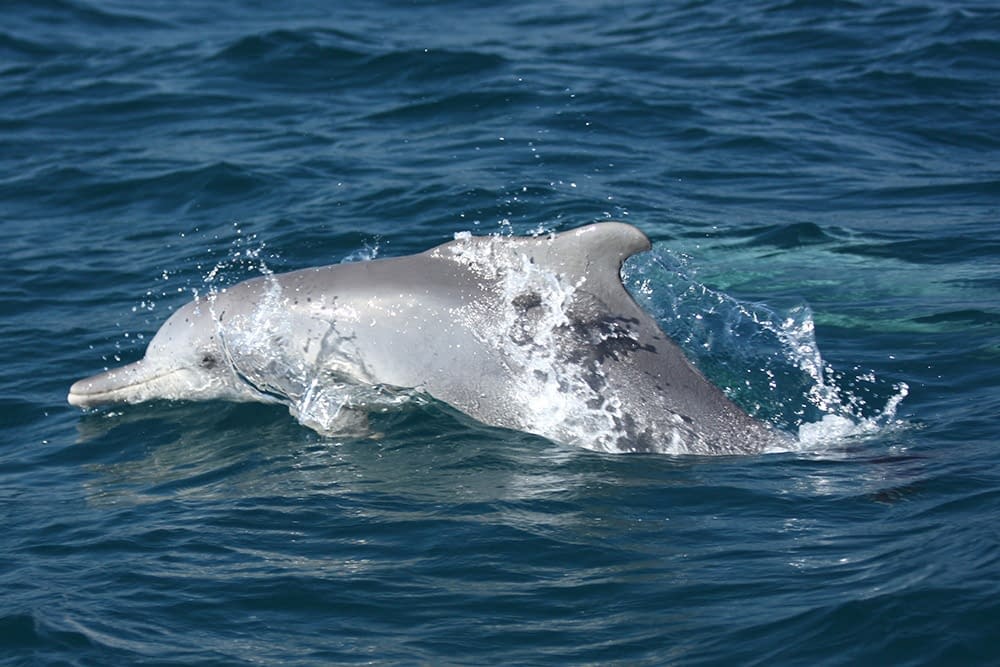 Dolphin pods often work as a team to harvest schools of fish, but they also hunt individually. They often herd schools of fish into bait balls – some individuals will feed while the others prevent the fish from escaping.

Their diet consists mainly of fish, squid and crustaceans. The dolphins’ search for food is aided by a form of echolocation similar to sonar. They emit clicking sounds and listen for the return echo to determine the location and shape of the nearby items, including potential prey.

Bottlenose dolphins use sound for communication. These include squeaks and whistles emitted from the blowhole, as well as sounds emitted through body language. Each dolphin has signature vocalisation (signature whistle) which is entirely unique and identifiable to that specific dolphin

Bottlenose dolphins rise to the surface to breathe through their blowholes two to three times per minute, but if necessary they can remain submerged for up to 20 minutes. Scientists have been able to determine that during the sleeping (resting) cycle of the dolphin, one side of the brain hemisphere remains active while the other shuts down. During this resting period dolphins remain near to the surface and swim rather calmly and slowly, occasionally closing one eye.

Bottlenose dolphins breed all year round. When one observes the dolphins mating from the boat, there is a lot of courtship involving body rubbing and nuzzling. At times this can carry on for a lengthy period, but can also sometimes be quite brief. The average gestation period is 12 months and births can occur year round, although peak births are in the summer months.

The young are born in the shallow water and often assisted by a “midwife”; usually only a single calf is born. Newborn bottlenose dolphins are between 0.8 – 1.4m in length and weigh from 9 – 25kg.

The newly born calf will suckle for 18 to 20 months and continues to closely associate with its mother for several years after weaning. The calves can begin to take in solid food from about 6 months. Females reproduce every 2 -6 years. 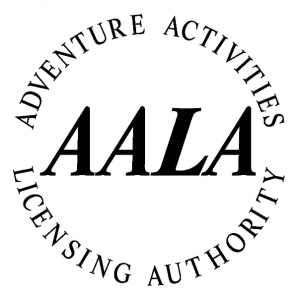